As fire prevention is of the utmost importance 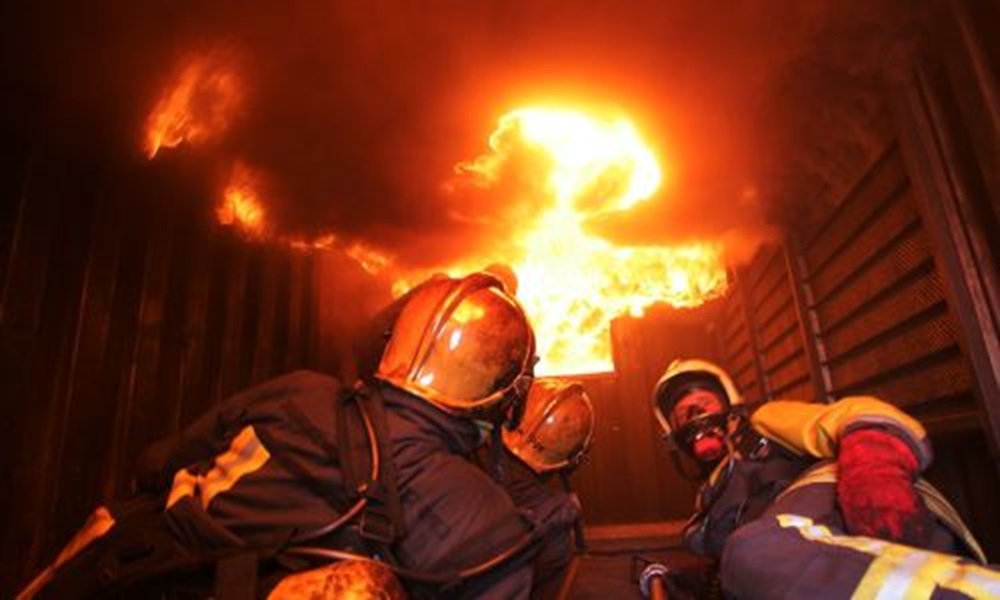 It is often only a small newspaper article, but the consequences can be very serious. Often, it is limited to material and environmental damage, but fires also cause many deaths each year.

Fire prevention is therefore a crucial issue for all those responsible for the design, construction and management of a building. FOAMGLAS® is a material that not only insulates well. It is also absolutely non-combustible and does not contribute to the development of fire. This is proved once again by the various additional fire tests which have been carried out by FOAMGLAS® in recent years.

On a European scale, according to Fire Safe Europe (FSEU), there are around 5,000 fires every day, with around 4,000 fatalities annually. The number of hospitalisations due to fire is approximately 70,000 per year. The suffering of the victims is partly due to the flames, but for the most part it is the result of inhaling the smoke and toxic gases released during the fire. Smoke also impedes the evacuation of residents and the intervention of firefighters.

The economic consequences of a fire - loss of goods, partial interruption of activities, loss of profit, higher insurance premiums, etc. - are also considerable. Add to this the major impact of combustion gases and polluted fire water on our environment. Fire prevention - preventing a fire from breaking out and slowing its spread - is therefore of the utmost importance. 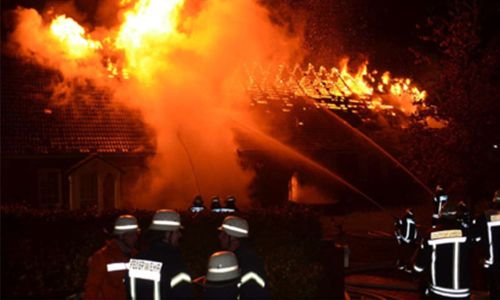 Insulation and fire protection in one 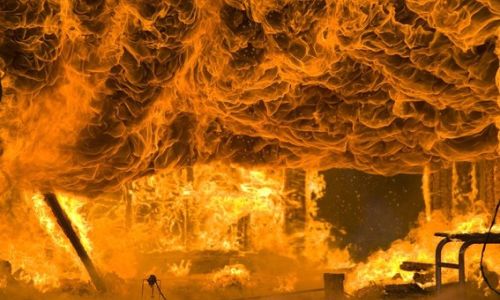 The fire safety of a building depends to a large extent on the materials used. FOAMGLAS® has for decades been at the forefront in the field of thermal, sustainable and above all fire-resistant insulation. Whereas other insulation materials can give off toxic fumes in the event of fire and help the fire to spread, FOAMGLAS® belongs to the highest - and thus the safest - of the seven fire reaction classes: "class A1". The insulation owes this to its unique composition: 100% glass with closed cell structure. FOAMGLAS® insulation boards are totally inorganic and non-exothermic. In the event of a fire no toxic gases or fumes are released. The result is that the escape routes for the occupants remain visible and the fire service can intervene more rapidly.

FOAMGLAS® is perfectly resistant to flames and high temperatures. It does not deform or melt, does not produce hot drops and does not contribute to flashover.

FOAMGLAS® insulation is not only completely flammable, it also has another important advantage in terms of fire protection: in the event of fire it forms a barrier to the flame. When cellular glass is exposed to fire, its surface starts to melt and at the same time it glazes or solidifies. This creates a kind of heat shield, which increases the fire resistance of other building elements. 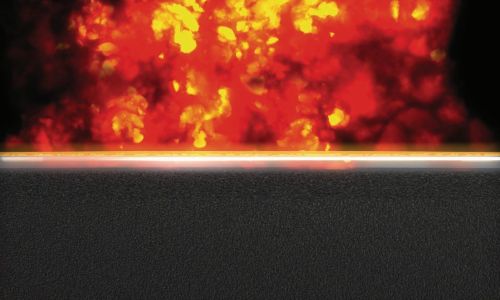 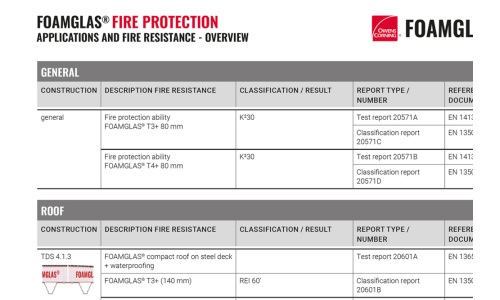 During the last 10 years extensive fire resistance tests have been carried out on various FOAMGLAS® buildings. In particular the interior insulation, the roof insulation on profiled steel sheet and two systems for facade insulation: ventilated facade and adhesive facade with stone strips, were tested. A comprehensive overview of the tests carried out and excellent results achieved is given in this table. The respective reports are available free of charge upon request. 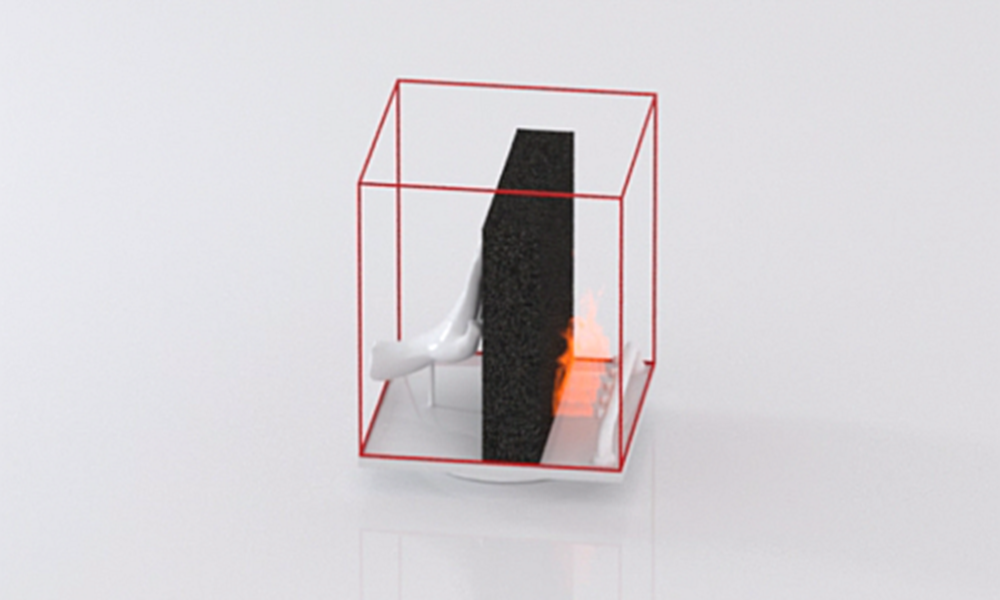 Specifying FOAMGLAS® insulation for fire safety
In Europe there are more than two million fires in buildings and industrial installations every year, and they are responsible for more than four thousand deaths and billions of Euros of damage.

The correct specification and installation of building products and materials - including insulation - is critical to achieve fire safety and minimise the development and spread of fire. In industrial applications, for example, the use of insulation materials that can soak up flammable liquids should be avoided.
Protective properties 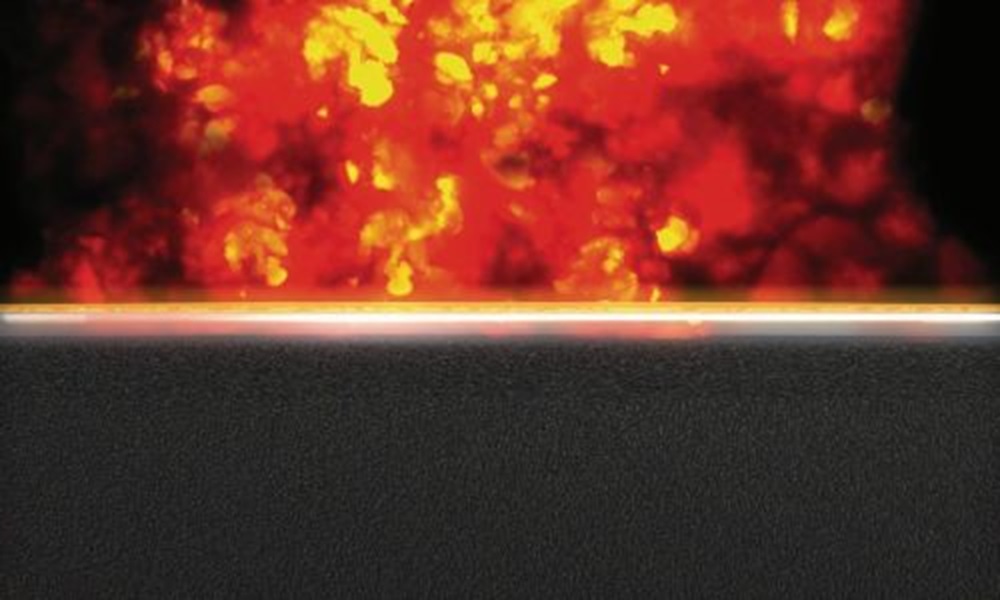